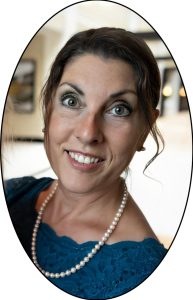 notes & voices from the past – inspiring the future

Stella Claire ter Hart is a well known Canadian composer, educator, adjudicator and accompanist. She is directly descended from the Italian composer, Tomaso Vitali and has many other musical family members and ancestors. Stella is the only individual in Canada to have been awarded all four available diplomas from the Toronto Conservatory of Music: piano pedagogy, piano performance, composition, and theory.

Stella was born and raised in the small rural prairie town of Estevan, Saskatchewan. Stella’s mother, Sophia Maria ter Hart-Vittali, worked tirelessly to bring arts and culture to Estevan, helping establish the very first Music Festival as well as the Estevan Arts Council.  Stella will never forget travelling three hours on a bus with her mother and other music lovers from Estevan to hear a performance of Swan Lake in Regina, performed by the Regina Symphony and the Winnipeg Ballet.  It was the first time she had ever heard an oboe – it was the most beautiful music  she had ever heard at her tender age of 13!

Another memorable yet terrifying Estevan moment was being the accompanist’s page turner for a young, relatively unknown singer named Maureen Forrester who presented a concert at a “Stars for Saskatchewan” evening at the Estevan High School.  It seems that Stella has been page turning and accompanying ever since!

A second generation Canadian, Stella is poignantly inspired by her rich European background which includes French Huguenot ancestors on her father’s side fleeing to the Netherlands in the 15th century to avoid persecution and the loss of her maternal grandmother’s entire Jewish family (over 1200 relatives) in World War 2 concentration camps, among them her 79 year old great grandfather, and a little 7 year old girl, also named Stella.

Stella holds ARCT diplomas from the Toronto Conservatory of Music. While growing up in Saskatchewan, she had the privilege of studying with some of the best teachers at the time, including Mary Murakami  (Estevan), William Moore (Regina), Lyell Gustin (Saskatoon) and Robin Harrison (Saskatoon).  After moving to Alberta, Stella studied with Marilyn Engle (Calgary).

She is a widely sought after adjudicator and has brought her fun and unique interactive adjudicating skills to numerous music festivals in Ontario, New Brunswick, Nova Scotia, Prince Edward Island and Newfoundland. From 1997 to 2002 she was the Head of Music at Rothesay Netherwood Private School in Saint John, New Brunswick where she developed their entire music program, directed Junior, Senior and Jazz Bands as well as a Girls Choir, Swing Choir, Young Men’s Choir and annual Musical. Stella left New Brunswick and moved to Ontario where she was accepted into the Toronto Conservatory College of Examiners. She served as an Examiner in the Theory and History Department for over 10 years.

Stella is now a retired member of the College of Examiners at the Toronto Conservatory and presently focuses on composition with an emphasis on choral works and solo instrumental works. She is the Artistic Director of the Frontenac Women’s Chorus, Kingston’s first and longest running community Women’s Choir, as well as the Artistic Director for the award winning SATB adult mixed choir, Melodia.

She presently lives a quiet life with her husband (a professional artist) and together they maintain an organic apple orchard north of Kingston, Ontario.  If you’re passing by, stop in at  Loughborough Heritage Orchard for some apple cider and song!

She has accompanied some of Canada’s best opera voices including Measha Bruegergosman, Stewart Howe, Cicela Mannson, Monette Gould and Cindy Townsend. She has been commissioned by CBC Radio 2, Symphony New Brunswick, the Indian River Festival as well as professional musicians and groups. Stella adores playing for choirs and soloists; she has the soul of a singer and as an accompanist instinctively shadows and enhances the singer’s every breath and phrase. Ms. ter Hart has conducted choirs and bands as well as maintaining a large, private piano studio.

Stella’s choral compositions have been performed throughout North America and as far away as Australia, Hong Kong, China, Spain, Brazil, Peru and the United Kingdom.

Stella has written a large body of repertoire at all levels, including many works suitable for educational purposes. As a music educator, she firmly believes that introducing fun, meaningful and fresh music to students helps hold their interest and keeps them practicing!  Additionally, she enjoys creating works for specific people and groups be they students, friends or musical colleagues.   Almost all of Stella’s choral compositions were written for either choirs she has directed or sung in, making each choral composition unique and meaningful.

Most of Stella’s works are available at www.sheetmusicplus.com, www.jw pepper.com and www.MusicNeo.com. You are also very welcome to contact her directly and ask for a sample pdf for any works that you wish to have a peek at!